Which Friction Welding Technology Is Best For Your Next Aerospace Project? 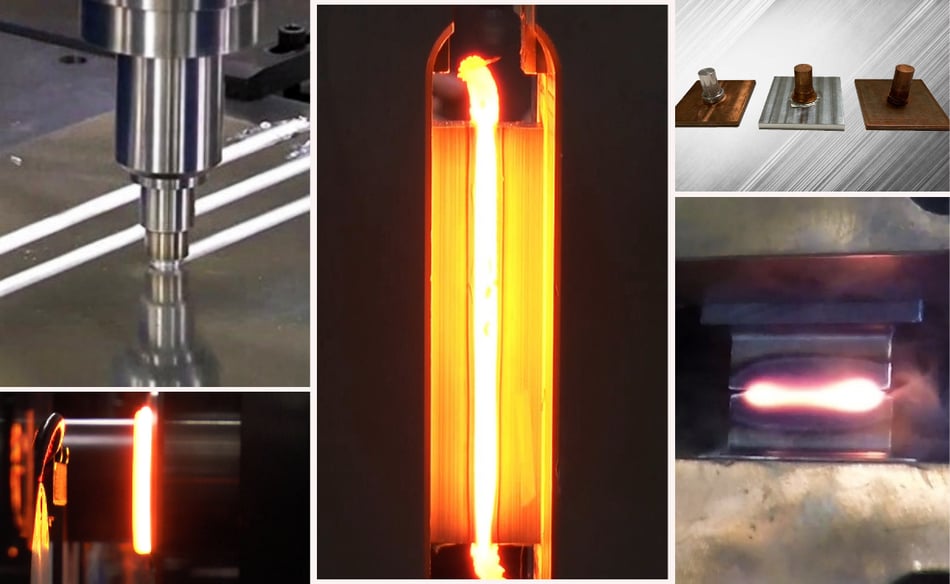 Friction welding is not a one-size-fits-all process — that's what makes it such a versatile joining method. It's just as effective for joining components that you can fit in the palm of your hand as it is for joining parts that require a crane to move from one place to another.

With such multifaceted capabilities, it should be no surprise that friction welding comes in a lot of different forms.

The purpose of this article is to explain which friction welding technology would be most effective for your aerospace or astrospace application.

Friction welding is a more controllable and repeatable process compared to fusion welding. It allows us to control the inputs to achieve consistent results in metallurgy.

Another major advantage of friction welding is the ability to utilize bimetallics. This, among many things, leads to a cost savings and stronger joints for most applications.

Also, MTI is Nadcap and AS9100-certified, meaning all parts and machines we produce are held to extremely strict quality and safety standards set by industries surrounding air and space travel.

Now, let's look at each technology and what it has to offer.

The oldest form of friction welding, Rotary Friction Welding, is a solid-state process in which one part is rotated at a high speed and is pressed against another part that is held stationary. The resulting friction heats the parts, causing them to forge together.

Rotary is accomplished through either a Direct Drive or Inertia process. In Direct Drive, the rotating component is accelerated to a desired weld speed using an electric motor.

With Inertia friction welding, the motor spins a flywheel up to speed before disengaging, storing the energy needed for welding as kinetic energy.

In both cases, force is applied between the rotating and stationary components in order to convert this energy to heat using friction.

Here are some of the most popular examples:

Rotary friction welding can join a wide range of part geometries, including:

In Linear Friction Welding, one part moves in a linear motion at high speed and is pressed against another part held stationary. The resulting friction heats the parts, causing them to forge together.

Though the possibilities of Linear friction welding are virtually endless, blisks, wing ribs and near-net shapes are the applications we join most frequently for the aerospace industry.

For blisks, Linear friction welding is particularly efficient because each blade is welded onto the hub instead of machining the blisk from a single forging. Not only does this reduce material wastage, but it makes repairs much easier.

Linear friction welding is compatible with just about any non-round geometry and is ideal for uniquely shaped geometries.

Explore weld development and production possibilities on MTI's LF35-75, which has the largest tooling envelope of any Linear friction welder in the world.

Unlike Rotary and Linear friction welding, Friction Stir Welding uses a pin tool to generate the relative emoting and force required to make a friction weld along the seam of two stationary parts.

Friction Stir Welding is primarily used for joining aluminum sheets, extrusions, and panels. In the aerospace industry, it could also be used for wings, fuel tanks, heat exchangers, and other hermetically sealed enclosures.

This solid-state process is ideal for air and space travel because of its lightweighting capabilities and increased strength in the weld seams.

Many aerospace and astrospace customers prefer Friction Stir Welding because of its limitless part length and width capabilities — a key benefit for joining large components for aircraft and spacecraft.

Friction Stir Welding can join a wide range of part geometries, including:

Low Force Friction Welding is MTI's newest solid-state joining process. Unlike the methods listed above, Low Force Friction Welding uses an external energy source to raise the interface temperature of the parts being welded. This reduces the process forces required to make a solid-state weld compared to traditional friction welding. The preheat element allows us to create the same quality of joint at a fraction of the force.

Low Force Friction Welding can be achieved with either linear or rotary motion and has all the advantages of traditional friction welding, but its benefits are maximized.

With Low Force Friction Welding, we are able to achieve:

Of particular interest to aerospace and astrospace customers, Low Force Friction Welding allows us to control the amount of upset to match a customer's request. With different combinations of preheat and relative motion, we can alter the appearance of the flash to benefit a customer's processing downstream of the friction welder.

MTI is the only organization in the world to have developed, designed, and manufactured Low Force production machines that are operating in industry today.

Click here to find out how Low Force Friction Welding can improve your processes and get started on your development work today.

Plug Welding is one of the most unique friction welding processes. It's especially attractive to the aerospace industry because of its ability to reduce Maintenance, Repair and Operations (MRO) expenditures by repairing holes instead of scrapping assemblies due to corrosion or wear.

Plug welding can help refill a hole to near-parent material properties, and subsequently, machine to its original configuration. This process eliminates the need for airlines to acquire new components or to take a plane out of service for an extended period of time.

Now that you understand the friction welding technologies and how each one could benefit the aerospace and astrospace industries, you may be wondering which material would be best for your project.

Materials joined in applications for air travel are typically high-temperature alloys such as Titanium, Inconel and powdered nickel alloys.

However, other materials can also be used in low-temperature applications such as Aluminum alloys, stainless steels and alloy steels.

No matter which two metals you want to join for your next aerospace or astrospace project, you can be sure there's a friction welding process to match it with quality, strength and repeatability.