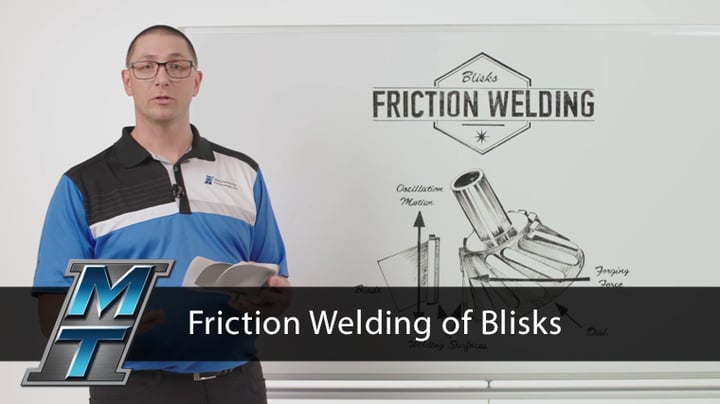 If you peel back the exterior of an airplane, you will find thousands of parts working together to help safely lift the plane into flight. And if you look a little closer, you'll notice some of those parts were joined by friction welding.

MTI has successfully friction-welded dozens of parts for aircraft and the aerospace industry. But perhaps no part is more complicated to take from concept to completion than the blisk.

WHAT IS A BLISK, ANYWAY?

A blisk is short for the term "bladed disk." It consists of a hub and blades and is most commonly found in the compressor section of an aircraft engine. 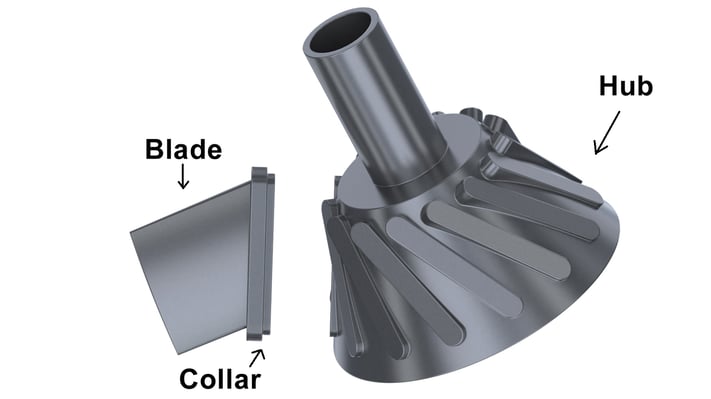 Some blisks are machined out of a single forging, but this method is not ideal because it's often expensive and time-consuming.

Instead, MTI uses linear friction welding to forge each blade onto the hub separately. There are a lot of reasons this process would be more attractive to many customers.

A major advantage of using linear friction welding for blisks is the ability to utilize bimetallics. That means you can select a material that's better suited for the hub and a different material that's more appropriate for the blade and join them through this solid-state process.

Material performance is key in an aircraft engine's compressor section, so a blisk needs to be made out of alloys that can endure a lot of fatigue and varying temperatures.

When you machine a blisk from a single forging, you have no choice but to use the same material for the hub and blades. That's a major disadvantage of using a single forging.

Though creating a blisk through linear friction welding saves time and money, there are still challenges to overcome.

Because the blade is mostly finished, you can't touch the blade — only the collar.

So, you have to take the forge and process forces through the collar without distorting the blade. When you friction weld each blade onto the hub, you need to ensure you leave enough space so you can machine off the collar and flash after welding.

It's also important you leave enough space to add the final blade onto the hub, which will eventually be positioned between two finished blades.

To accomplish this, you need to be able to oscillate the blades at the exact same angle each time. It's a highly engineered process that we will explain in a future episode of Whiteboard Wednesday.

MTI has successfully built several Linear Friction Welding production machines designed specifically for the welding of blisks. We've also produced multiple production sets of tooling. This means that MTI can assist you with the whole project or just one step of it — it's completely dependent on the needs of your company and project. If your production demands don't require an on-site machine, MTI's LF35-75 is an ideal choice for the friction welding of blisks. With the largest tooling envelope of any linear friction welder in the world, the machine allows for the production of the largest full-scale parts available. Blisks vary in sizes —  this machine has the capability and flexibility of friction welding these critical components both small and large.

The LF35-75 is available for full-size part development now at the LIFT facility in Detroit, Michigan.

To find out more, talk with our friction welding experts about the blisk welding solution that's best for you.