What is Plug Welding and How Can It Help the Aerospace Industry?

When you think of friction welding, you likely imagine a highly engineered machine bringing two materials together and performing a solid-state weld using either a rotary, linear or stir motion.

However, there is another, more unique form of friction welding that is specifically designed to help aerospace companies save on critical maintenance costs.

In this blog, we will describe how this technology works and explain why it can be so beneficial to airlines and other aerospace providers.

Plug welding is primarily used to refill damaged holes on aerospace components such as fan and exit cases. Our process allows aerospace companies to salvage these components by fixing each individual hole, instead of scrapping the entire assembly.

After repeated flights, the holes on fan and exit cases enlarge beyond their original design specifications. This problem can be attributed to corrosion from seawater, especially for planes that routinely fly over water or land at coastal airports.

Enlarged holes can also be blamed on vibration from the aircraft which, after time, can cause the holes to expand.

Without plug welding, airlines are often forced to perform temporary repairs or invest in entirely new fan and exit cases, significantly adding to their Maintenance Repair and Operational (MRO) costs.

HOW PLUG WELDING CAN HELP

Plug welding is a multi-step process that ultimately repairs damaged holes to near-parent material properties. It also involves machining the component to its original configuration.

STEP ONE - PREPARING THE HOLE 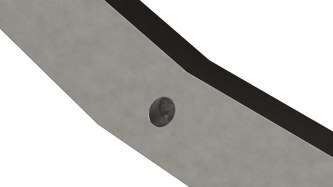 Before the plug welding process can begin, MTI prepares the damaged hole for repair by drilling the existing hole on-center to create a clean hole of exact diameter. 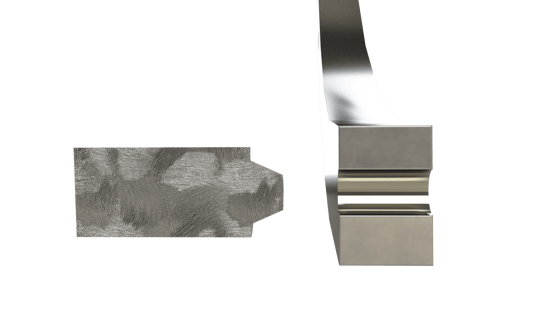 Utilizing an engineered plug tapered-specific for each diameter, MTI solid-state friction welds a new material into the hole.

After the new material is in the hole, we machine the excess plug material flush to the original flange surface.

STEP FOUR - PREPARING THE HOLE FOR NEW USE 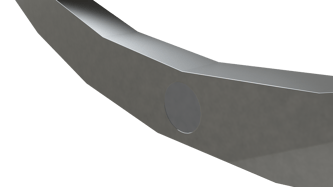 The repaired hole now contains near-parent material properties and is ready to be drilled on-center.

Plug welding significantly reduces MRO costs by repairing each hole to like-new condition. Our process ensures planes aren't out of service for an extended period of time and can help contribute to the efficiency of airlines. It also prevents airlines from needing to acquire new components.

Now that you understand how plug welding works, let's talk about whether it can help improve your processes and save MRO costs for your company.