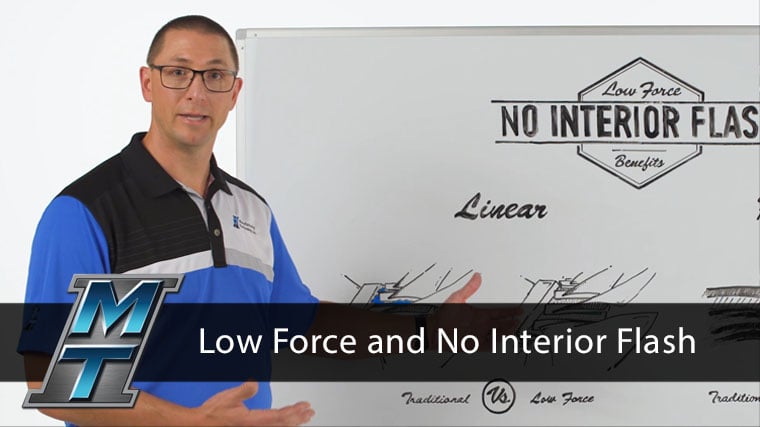 If you've been following along with our Whiteboard Wednesdays series, by now, you are likely beginning to understand some of the key benefits of Low Force Friction Welding.

In this episode, we will walk you through one of the biggest advantages of Low Force — the ability to accomplish little to no interior flash (ID.)

WHY THIS MATTERS TO MANUFACTURERS

While the presence of interior flash is not necessarily detrimental for many applications, in some cases, it's crucial to remove it so the part can operate the way it's intended.

Let's use a titanium blisk or bladed disk, as an example: 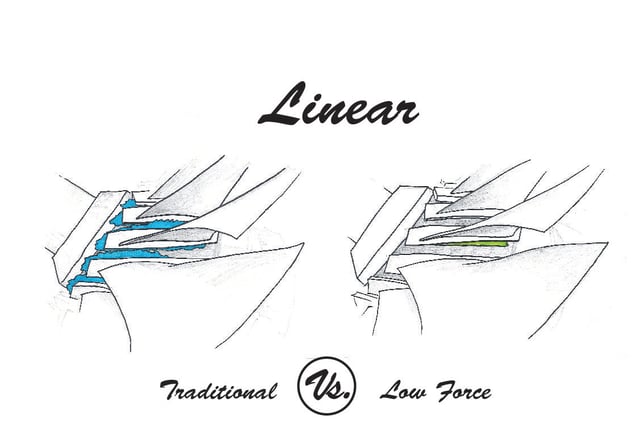 If you caught our previous episode, we explained why linear friction welding is the ideal choice for joining blades to disks. It enables you to utilize bimetallics, produce near-net shapes and can achieve accurate positioning with each weld.

With Low-Force Friction Welding, you can enjoy all the benefits of traditional linear friction welding, but those benefits are maximized.

When you join the blade to the disk with linear friction welding, you are left with a jagged ribbon of flash. The bulky flash reduces your tooling space and makes it more difficult to add additional blades  — especially the final blade.

Alternatively, if you use Low Force Friction Welding to join the blades to the disk, you instead get a bulge, which is contained in the weld collar. The bulge is smaller and less obtrusive, making it much easier to machine afterwards. It also frees up space for tooling.

We can also use Low-Force Friction Welding with rotary motion. There are a lot of different rotary applications that would require the ID flash to be removed, such as rock drilling, water drill pipe and hydraulic cylinder bodies. 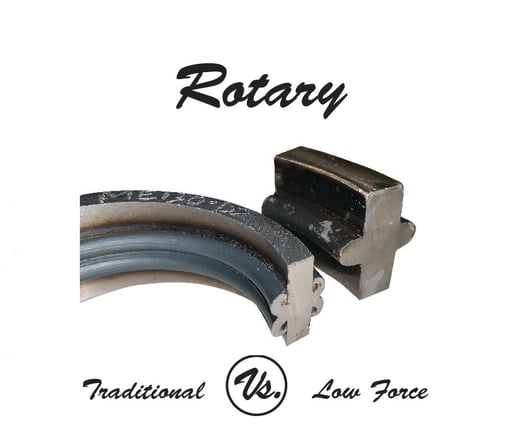 With traditional rotary friction welding, the ID flash is large and hard to remove. In the photo above, you can see it resembles a ram's horn. In most cases, you'd have to use gas lancing, bottle boring, machining or sheering to remove it.

But with Low Force Friction Welding, the process is much simpler.  Notice how the part on the right has a much smoother and smaller flash formation.

To take this a step further, we've even been able to accomplish zero ID flash for some customers, leaving just OD flash. In this situation, no flash removal process is necessary, significantly cutting production times and cost.

The ability to achieve minimal to no ID flash is just one key benefit of Low-Force Friction Welding.

To unlock and discover its full potential, such as reduced cycle times, tighter weld tolerance and smaller machine size, contact us now to begin your development work.