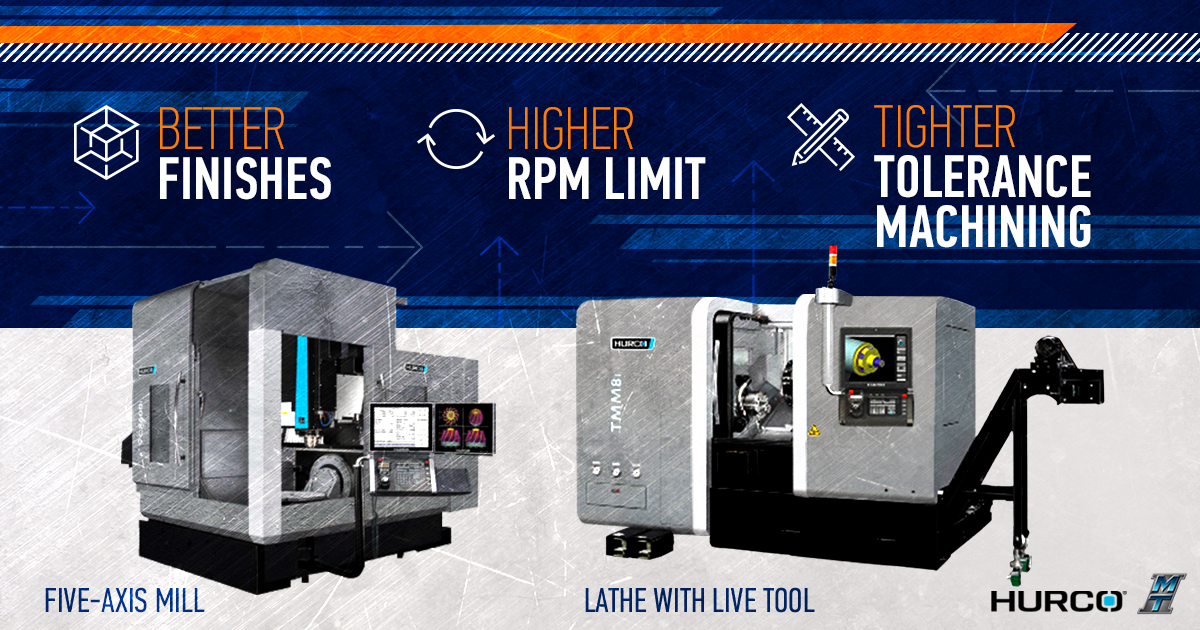 The new lathe and five-axis mill, both built by Hurco, will enable MTI to complete more steps of the pre and post-weld process in-house, ultimately driving down costs and streamlining the production process for customers across all industries. 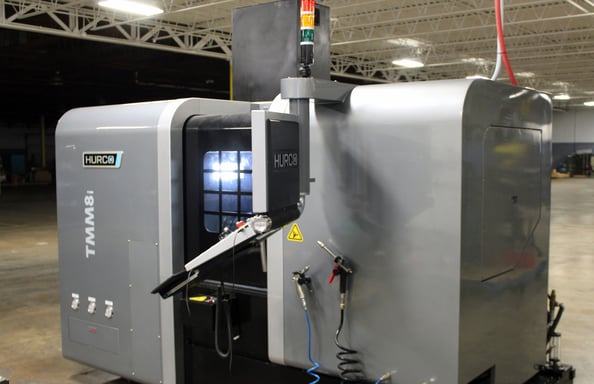 The Hurco TMM8i lathe features a live tool and will allow for tighter tolerance machining. It also has a higher RPM limit, which opens the door to friction welding projects and machining jobs MTI could not previously accomplish with its original CNC setup.

The new lathe will also, among many things, provide better finishes and allow MTI to add features on parts that typically would have required a second machine.

“We have parts that, in the past, required two machines to finish or couldn't be processed unless we sent them to an outside machine house,” explains Smith. “Now, we’re able to put those parts on the same machine so we can produce them a lot quicker with less handling and setup time.” 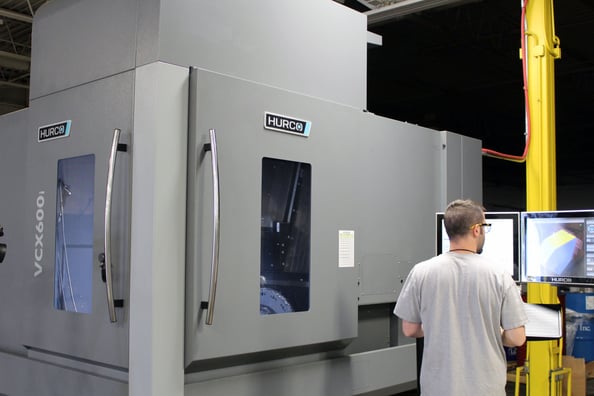 Located just steps away from the new lathe, the Hurco VCX600i five-axis mill is the first of its kind on MTI’s Manufacturing Services floor.

The five-axis machine lessens the limitations for part geometries and can handle up to 700 pounds on the working table.

“We really see this being used in the electric vehicle world,” says Smith. “Maybe, for example, a customer needs a cooling channel put in. This can map out really any design a customer has and can remove material using an assortment of tools.”

Additionally, the new CNC mill will be used to produce part-specific tooling that was traditionally manufactured at other shops. Before the introduction of the new machines, MTI had to rely on an outside supplier, which sometimes translated into long lead times and less control of the overall product.

In the past, some MTI customers would have to send off their parts to at least one other machine shop before a part reached completion.

“There are customers who don’t even know they’re going to be our customers yet because they didn’t know we had these abilities,” Smith says. “We have a ton of potential. So, making sure everyone knows we not only friction weld, but are able to machine their parts as well -- this will be a game-changer for our group.”

The two new machines will be used in conjunction with another Hurco CNC lathe machine that arrived on the MTI shop floor in the summer of 2018.

READY TO START YOUR PROJECT?

If you're interested in starting a project with our Manufacturing Services division, contact us now to begin the conversation.

MTI has established itself as a leader in friction welding, including Rotary Friction, Linear Friction, Low Force Friction, and Friction Stir Welding technologies.  In addition to contract manufacturing services, MTI has delivered machines to Boeing, GE, Rolls- Royce, Pratt and Whitney, Federal Mogul, and many of their tier one suppliers.  A family owned business founded in 1926, MTI employs 185 people in their South Bend, United Kingdom, and Slovakia locations.