From Adams Engineering to MTI 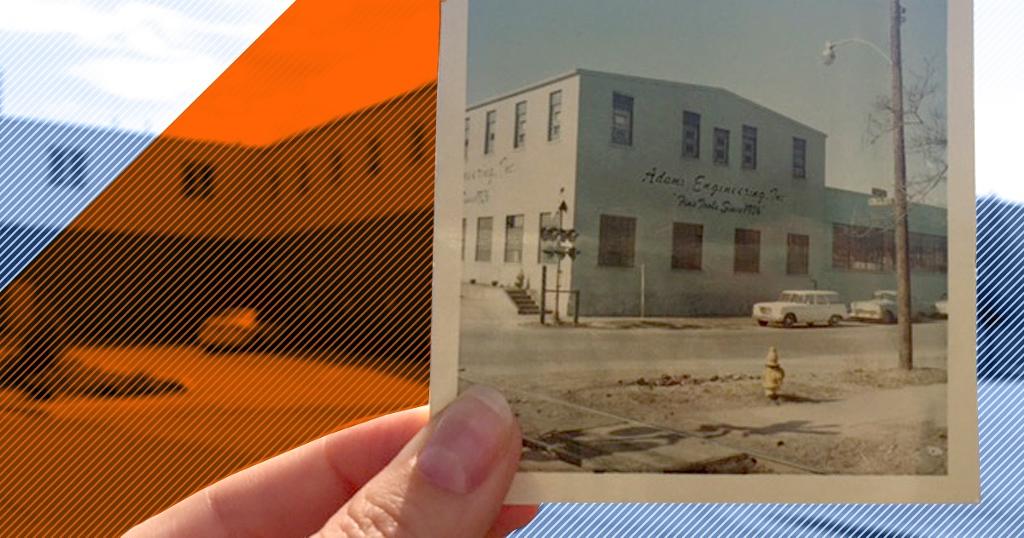 Over eight decades and four generations, Manufacturing Technology, Inc. (MTI) has become a global leader in joining and welding solutions. From our beginning, working with Studebaker to today as we support aerospace companies like General Electric and Pratt and Whitney, our history tells a story of steadfast problem-solving, and a commitment to these qualities: INnovation, GENuine, and ContinUITY.

Here's how our own form of INGENUITY took root…

Founded in 1926 as Adams Engineering, we got our start as a family tool and die shop offering specialized engineering services and tooling. From the beginning, Conrad Adams built his company through foresight and INGENUITY. He and his team served diverse industries — from automotive and farming, to aircraft and appliance manufacturers.

By the 1960s, the company's work for renowned brands had earned a nationwide reputation for excellence. And in that decade, Adams Engineering began to supply materials and services for Caterpillar Tractor's Inertia Welding department.

The Birth of MTI

In 1976, Adams Engineering seized an opportunity to buy out Caterpillar's Inertia Welding process — and its 250 patents. The company turned a new corner. Fifty years to the day from Conrad's original founding, Adams Engineering transformed into Manufacturing Technology, Inc. and entered the world of friction welding services.

In 1991, MTI's world-class, custom-design team engineered and built the world's largest inertia welder, which could store an astonishing 8 million foot pounds of energy in its flywheel system.  The impossible became possible.  A whole new world of problem-solving opened up for engineers.

And the MTI team took it all on: designing individual parts, integration of solid-state welding, engineering automated production lines, and more.

Under fourth-generation leadership, MTI purchased even broader technologies. In 2008 we became a one-stop-shop for all major friction welding processes. Rotary, Linear, and Friction Stir welding equipment and services were all found right here.

MTI has continued to push the machine capability.  In 2014 we built the world’s most advanced rotary friction welding machine for the Manufacturing Technology Centre in Coventry, England.  This machine weighs in at 360,000 pounds and brings 661,000 pounds of forge force.

Today, MTI is a global leader in joining and welding solutions. Helping engineers in industries ranging from aerospace to automotive to oil and gas.  We make the parts, we make the equipment that makes the parts — from custom design through on-site installation — and we can help make parts better.

In 2016, we opened our new Manufacturing Services location in South Bend, a 117,000 square foot facility dedicated to the development and production of friction welded parts.

With our original location in South Bend, Indiana now enhanced by facilities in Kingswinford, England and our Resistance Welding division, we conveniently serve governments and companies around the world.

As we approach the turn of a new decade, MTI is continuing the development of Low-Force Friction Welding. This unique welding process uses an external energy source to raise the interface temperature of the two parts being welded, reducing the process forces required to create a solid-state weld. MTI is the only company to have developed, designed and manufactured Low-Force Friction Welding machines in use today.

MTI's team of engineers has 300 years of combined friction welding experience and is constantly researching and developing new ways to save money, time, materials and space for our wide range of customers.

As proud as we are of our growth, we're also proud to be a fourth generation, family-owned company with a solid succession plan in place for the fifth. And we continue to seek new and complementary technologies, so our INGENUITY will never stop.

Want to learn more about MTI? Explore our past 90 years with this interactive timeline.