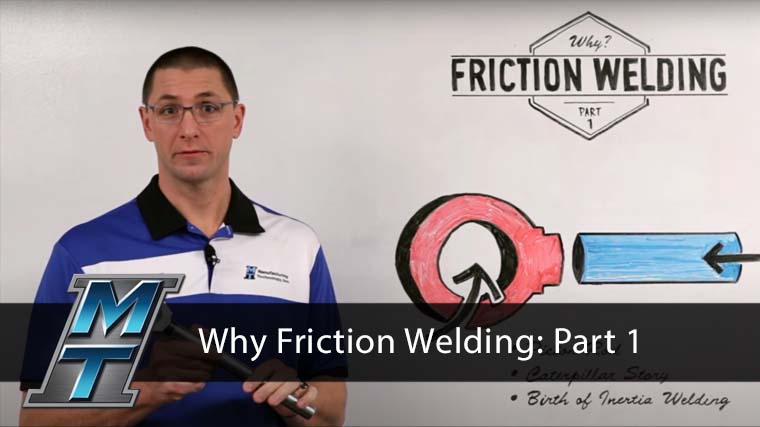 A key challenge they faced was that many of these parts were made out of single-piece forgings, which were — and still are — very expensive to produce. When they examined all of their parts, they found they had a smaller number of eyes than clevises, and they wanted to be able to weld these rods to different lengths and diameters. Friction welding allowed them to create two-piece forgings that would be much less expensive to produce.

The friction welding process allowed Caterpillar to rotate the eye or the clevis, and hold the bar stock stationary. But this created two new problems:

Have a big challenge ahead of you?

MTI serves industries ranging from aerospace to automotive and agriculture. And with Caterpillar’s heritage of innovation at the core of our latest technology, we’re poised to find effective solutions for your needs.  We’ll build a machine for that makes your part, we’ll make the part for you, or we’ll help you make the part even better.

Learn more about the advantages of friction welding here.