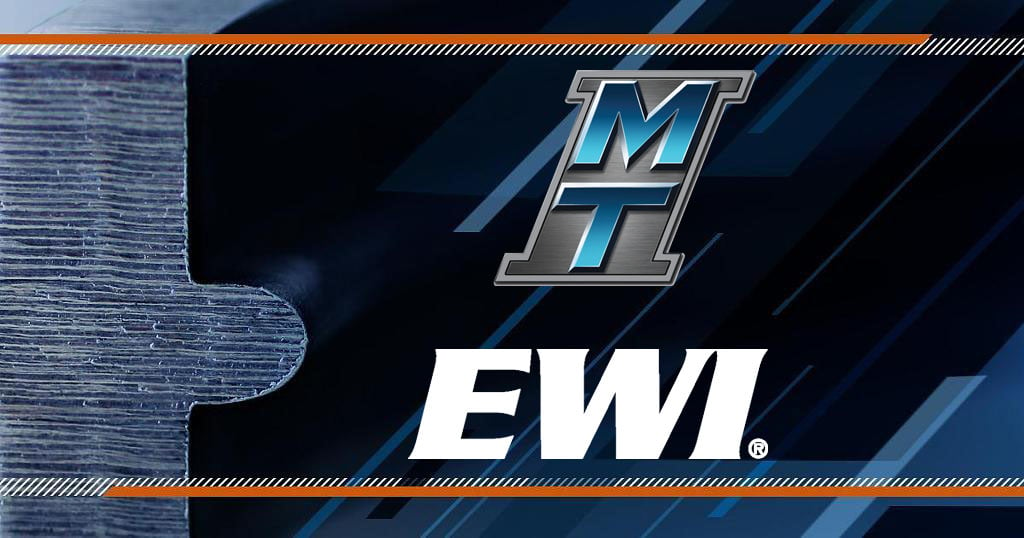 Solid-state welding processes are a group of technologies in which joining is accomplished without melting the individual substrates. In these processes, bonding is accomplished by a combination of heating and forging. Heating is used to both lower the flow stresses enabling forging, as well as promote diffusion between the individual substrates. Common variations of these processes include flash-butt, upset, projection, and mash-seam welding, as well as friction-based welding processes such as direct-drive, inertia, and linear friction welding.

A key aspect of producing high-quality, solid-state welds is the creation of interfacial strain between the substrates. This strain is introduced in various forms depending on the joining process. For resistance welding processes, strain is achieved by utilizing heat and a compression force. A typical representation of a resistance butt weld is shown in Figure 1.  Strains are largely tensile (along the faying surface), requiring considerable forging to achieve joint properties. For friction-based processes, heating is generated through relative motion. Here, resulting strains are both parallel and perpendicular to the faying surface. The former strains are related to rotational motion, the latter, axial motion. A typical representation of an inertia weld is shown in Figure 2. 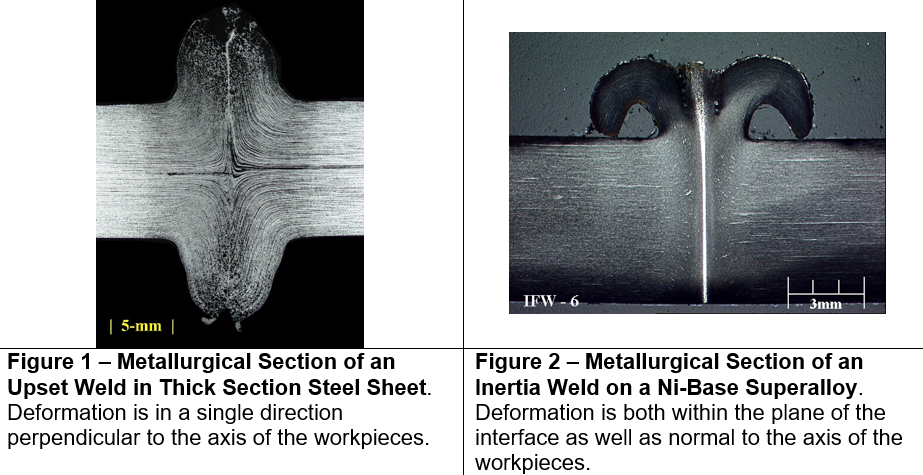 A new addition to solid-state joining technologies is Low Force Friction Welding, an innovative welding process jointly developed by EWI and MTI which combines resistance and friction welding. The resistance welding component contributes bulk heating to the interface coupled with an axial forging force. The friction welding component provides transverse oscillations to the bond line resulting in lateral surface strains. The coupling of these two processes improves the resulting strain field and ensures high-quality weld joints at lower welding forces than used by the individual processes. Hence, this approach has the benefit of simplifying compressive applied pressure requirements and reducing the total amount of forged material. To date, Low Force Friction Welding has been performed on machines that only have translational, linear motion (like linear friction welding). However, numerous industry applications consist of round cross-sections (e.g.shafts, struts, and cylinders, which would be better suited to rotational oscillations at the joint line.)

An example of a rectangular cross-sectioned weld using this Low Force Friction Welding is shown in Figure 3; note the reduction in upset material. Initial applications have estimated equipment cost reductions up to 50% compared to conventional friction welding approaches. However, work on rounded cross sections has shown that the translational linear systems do not work as well for circular joints.

To support this application, EWI and MTI are undertaking the build of a prototype for a rotational motion-based modular system. The system will allow transference of both axial force and welding current from the resistance welding frame and augment these with rotational motion. The initial concept for the prototype is shown in Figure 4. The system is intended to address near-term applications in the automotive, aerospace, oil and gas, light manufacturing, and defense markets. Planned launch of this welder is the spring of 2021.

To learn more about EWI and MTI’s work in Low Force Friction Welding contact Jerry Gould at jgould@ewi.org or Simon Jones at jones.simon@mtiwelding.com.