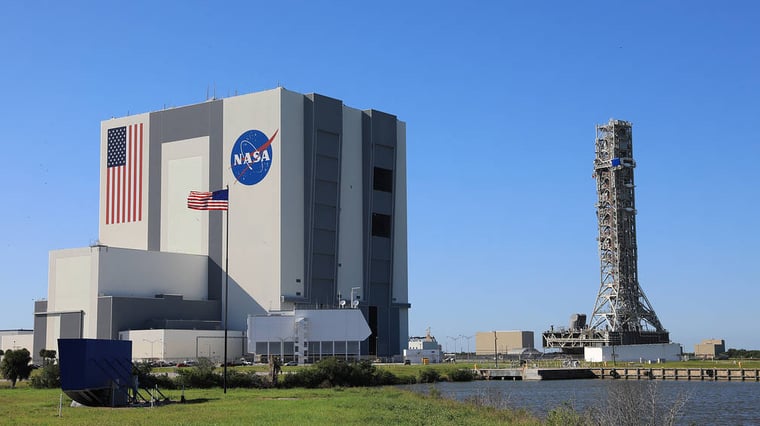 SOUTH BEND, Ind. – It's one of the boldest space missions ever planned... and NASA is relying on the friction welding experts at Manufacturing Technology, Inc. (MTI) to help pull it off.

NASA's Artemis program aims to send the first woman and next man to the moon by 2024 — but that's just the first phase of the mission.

Using what NASA learned during that trip to the moon, the space agency then hopes to propel astronauts to Mars' surface sometime in the 2030s.

MTI received updates on its role in the mission during the 2021 SLS-Orion-EGS Suppliers Conference.  The meeting typically takes place in Washington, DC, but was held virtually this year due to concerns over COVID-19. Despite the change in format, several members of the MTI team had opportunities to talk with officials from NASA and state lawmakers, who commended MTI for its impact on the high-profile and high-flying mission.

"These innovators and job creators are critical to the next generation of space travel," says U.S. Rep. Jackie Walorski, who represents Indiana's 2nd Congressional District.

MTI also had a chance to meet virtually with several other state lawmakers, including Indiana Senator Mike Braun, who thanked the MTI team for representing the Hoosier state in such an impactful and innovative way. 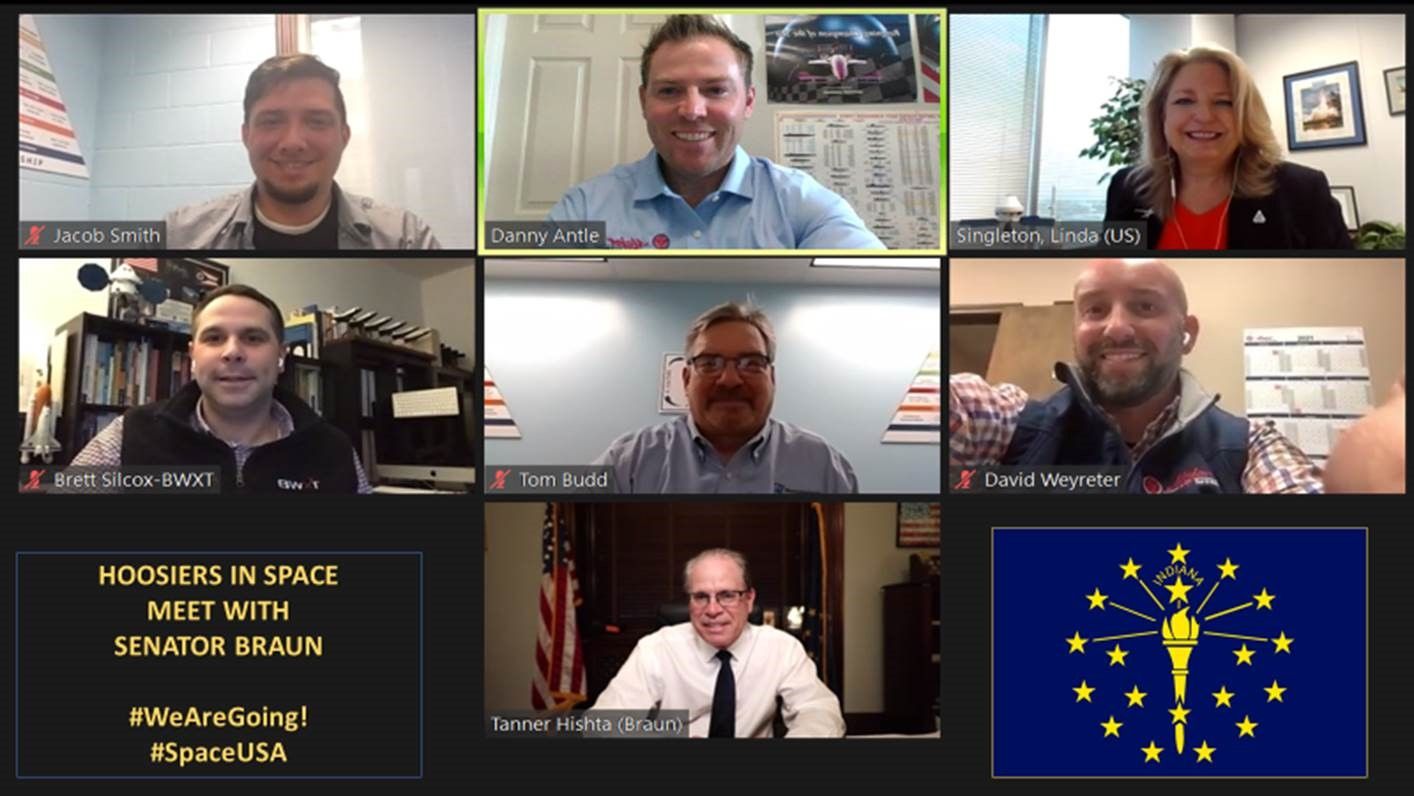 MTI's Jacob Smith and Tom Budd, along with other Indiana NASA suppliers, chat virtually with Sen. Braun during the 2021 Suppliers Conference.

The custom-engineered friction welder that MTI uses to join parts for NASA missions is located within MTI's Manufacturing Services building in South Bend, Indiana. The location houses more than a dozen different friction welders to support contract friction welding work across all industries.

"It's a pretty remarkable feeling to be able to say that the parts that go across our machines will, in some way, help the first human set foot on Mars," says Jacob Smith, General Manager of Manufacturing Services. "And to know that NASA keeps choosing MTI as a supplier for all of its major missions is really just a testament to the quality of work that we provide."

MTI works alongside Aerojet Rocketdyne to provide the parts for NASA. 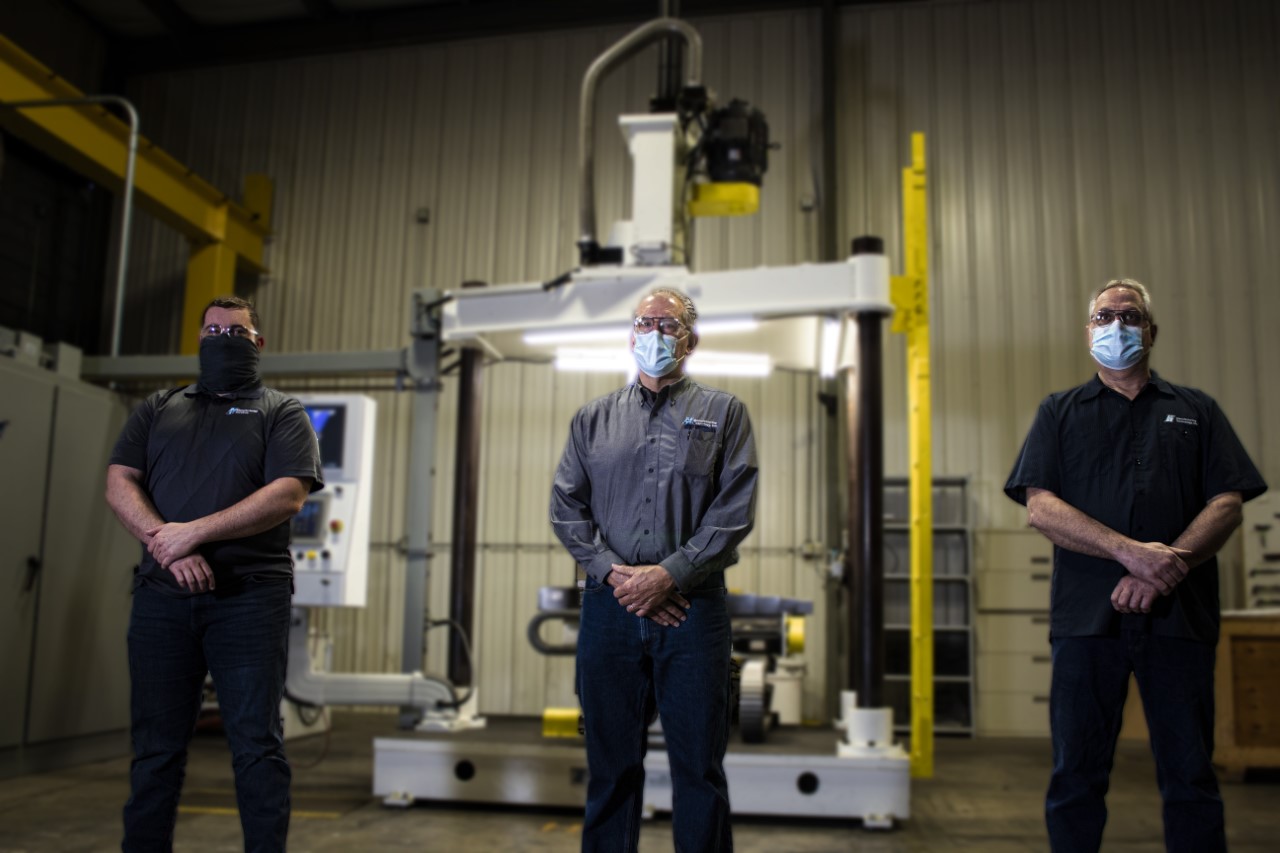 Process Engineer Zach Danko, Metallurgist Jim Hoffman and Machine Operator Dave Zarzyka stand in front of the friction welder used  for NASA. The three are among the team heavily involved with the project,

This is not the first time MTI has been credited for its contributions to American deep-space exploration.

"It's a legacy we're extremely proud of," says Smith. "And it's one we want to keep going for years to come."

The South Bend-based company has established itself as a leader in friction welding, including Low-Force Friction, Rotary Friction, Linear Friction, and Friction Stir Welding technologies.  In addition to contract manufacturing services, MTI has delivered machines to Boeing, GE, Aerojet Rocketdyne, Pratt and Whitney, Federal Mogul and many of their tier one suppliers.  A family owned business founded in 1926, MTI employs 185 people at its South Bend, United Kingdom, and Slovakia locations.