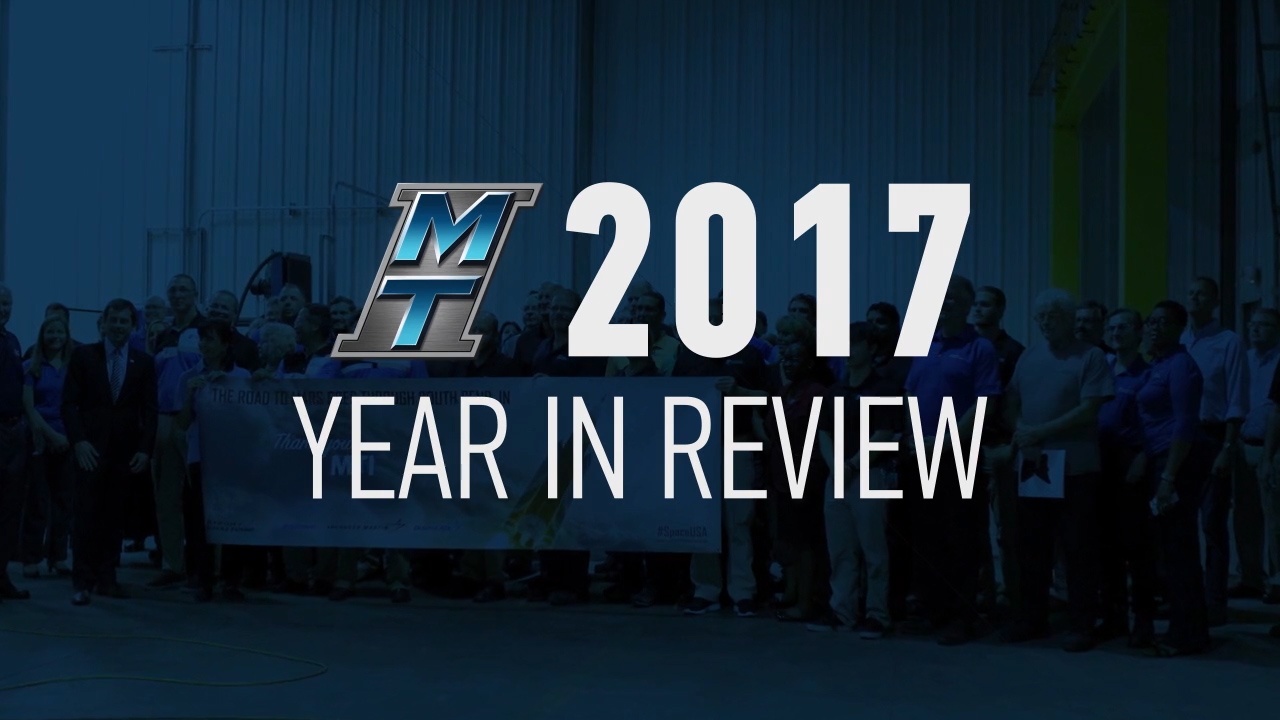 “We’ve gone through a major transformation the last couple of years,” said MTI President and CEO Dan Adams.  “When we take a step back and reflect on 2017, it was a successful year for us.  As a company, we made several positive changes that we will continue to leverage for ongoing success in 2018.”

Here's a quick look back at the exciting changes and accomplishments that took place at MTI in 2017.

In January, Dan Adams assumed the role of CEO in addition to his existing roles as president and part owner. MTI also welcomed three new outside board members.  This marked the first time in MTI’s history that non-family members have served on the Board.

Early in February, MTI’s UK division delivered a double axle friction welding machine worth more than $2.4 million to one of the world’s leading trailer manufacturers.  The machine set a new standard for the axle industry, reducing cycle times by up to 10 percent and potentially reducing the requirement of a third shift.

MTI’s UK and US operations also aligned to become one MTI.  And with these new changes came great successes.

In March, MTI’s manufacturing services, which expanded to a 125,000 square foot facility in 2016, was recognized for outstanding technical performance for its role in the TIRS-02 Cryocooler.

Then, in June, Aerojet Rocketdyne recognized MTI’s manufacturing services division for its contributions to the RS-25 rocket engine, a key element of NASA’s space exploration program.

Also in July, a long-time automotive customer achieved a milestone 100 million welds on their MTI model 90 friction welder, a testament to MTI’s emphasis on quality and the dedication of MTI’s Service and Spare Parts division.

Then, in September, MTI made local headlines when NASA and representatives from Aerojet Rocketdyne, Boeing, Lockheed Martin, Orbital ATK, and former astronaut Brian Duffy thanked MTI for its contributions to the NASA Space Launch System (SLS).  The SLS is the most powerful rocket ever designed and built.  The rocket will initially support deep space exploration with missions to Mars as early as the 2030s.

October was another busy month for the friction welding company as MTI’s world headquarters opened its doors to area high schoolers in celebration of Manufacturing Day.  The nation-wide event introduces the next generation of workers to high-skilled careers in modern manufacturing.

MTI made local news again in November when an interview by ABC57 News showcased MTI’s unique role in South Bend’s diverse economy. The interview identified how MTI evolved from a local company serving Studebaker to the global organization that it is today.

Throughout the year, MTI also placed strong emphasis on supporting the local South Bend community.  From blood drives to food drives, MTI employees did their part to help their community. Most notably, in November, employees forwent a company thanksgiving dinner and instead donated the meal, along with 7 food baskets, to those in need. Then in December, employees donated over 500 gifts to the local Elves for Elders and Salvation Army Angel Tree program.

“Through all the positive changes we made last year, we’re excited about what’s to come in the following year,” said Adams.

Building on 2017’s momentum, MTI ended the year with a solid backlog of machine orders and more efficient operations overall.

Carrying 2017’s success into 2018, MTI will deliver one of the largest inertia friction welders ever designed and built.  In addition, the friction welding company will deliver the LF35-75, North America’s only linear friction welder capable of producing full size demonstrator parts, which was developed in partnership with Lightweight Innovations for Tomorrow (LIFT).