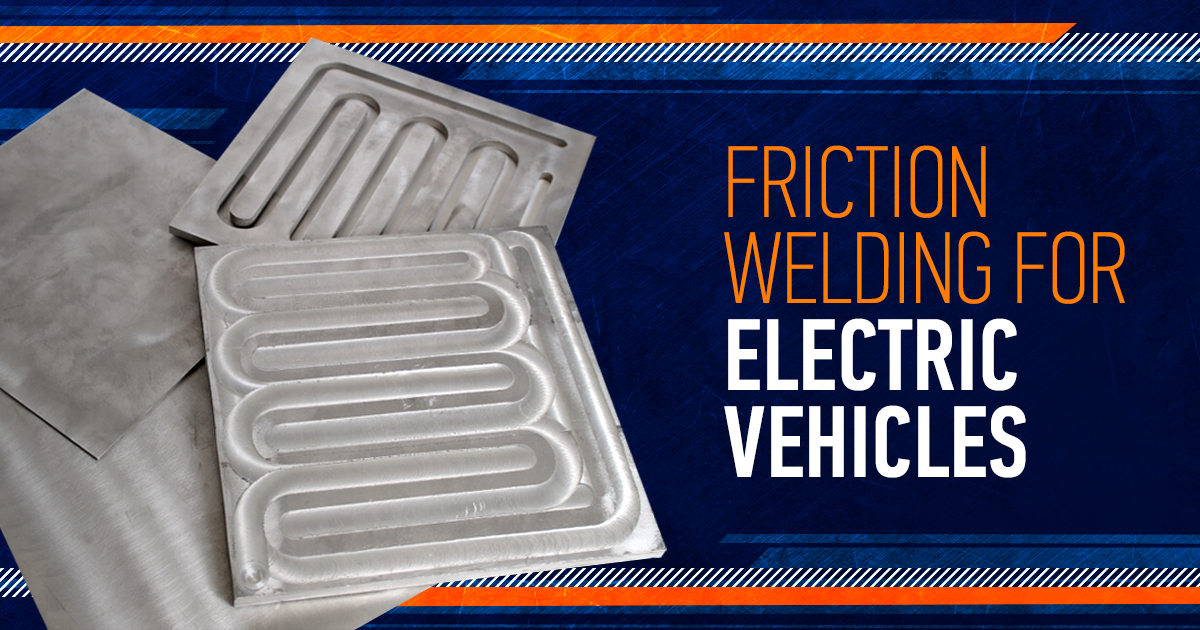 Long before the word "Tesla" spurred any thoughts beyond the iconic inventor of the 1800s, companies around the world were relying on friction welding to join their parts.  But just as automotive technology has shifted throughout the decades, friction welding has followed right along, aligning with the demands of the modern consumer and commercial vehicle market.

As electric vehicles continue to claim larger percents of yearly automotive sales across Europe and the United States, new opportunities are constantly presenting themselves for companies that support the auto industry.

In Europe specifically, there's been an even bigger push to go electric from automotive giants such as BMW, Daimler, Audi and Volkswagen.

MTI has been friction welding traditional auto parts for decades —  everything from pistons to engine valves.  Our proven process is a top choice for leading companies because of, among many things, the increased joint strength and cycle times that friction welding provides.

And though we will continue to join these parts, we're also exploring how friction welding can benefit electric vehicles.

HOW ELECTRIC VEHICLES CAN BENEFIT

One of the biggest selling points for an electric vehicle is its operating range. In other words, the number of miles it can travel before needing a recharge.

A heavier car can't travel quite as far, so that's why many EV manufacturers place such a strong emphasis on lightweighting. Even before the prominence of electric vehicles, MTI has been helping customers across multiple industries achieve lighter parts.

Friction welding gives us the ability to join dissimilar metals, a substantial advantage for lightweighting.  Instead of using one type of metal for a part, manufacturers could switch to a lighter material for a less critical portion of the part and use a heavier material for the heavy-duty portion only.

Some of the most popular combinations include Copper and Aluminum and Steel and Aluminum.

Unlike traditional welding methods, friction welding also does not use filler or flux, which both add unnecessary weight to a part.

Lightweighting isn't the only advantage friction welding could offer to EV companies. Friction Stir Welding can create watertight seals on parts, reducing the risk of liquids coming into contact with delicate electronics.

The possibilities friction welding could provide for the electric vehicle market are virtually endless, but some possible applications include:

While gas-powered and electric vehicle manufacturers certainly have different needs and priorities, both have a desire to create their products as quickly and efficiently as possible.

Ready to explore how friction welding can benefit your electric vehicle application? Click here to begin the conversation with one of our knowledgeable sales engineers!

Still curious to learn more about the future of friction welding electric vehicle parts? Check this out.

MTI has established itself as a leader in friction welding, including Rotary Friction, Linear Friction, Low Force Friction, and Friction Stir Welding technologies.  In addition to contract manufacturing services, MTI has delivered machines to Daimler, DAF, Dana, BWI, GE, Rolls- Royce, Pratt and Whitney, Federal Mogul, and many of their tier one suppliers.  A family owned business founded in 1926, MTI employs 185 people in their South Bend, United Kingdom, and Slovakia locations.