Eyes of an Engineer: Unlocking Potential With Apprenticeships 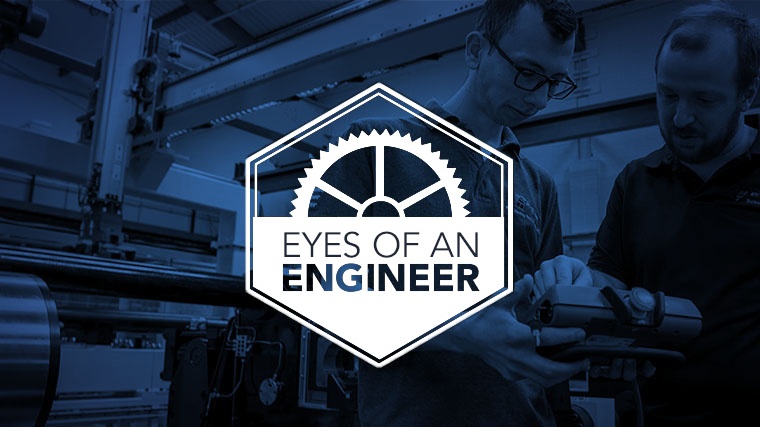 In our fourth installment of Eyes of an Engineer, we introduce you to junior service engineer James Lovell and junior design engineer Luke Barratt.  Luke and James both graduated from MTI’s apprenticeship program in February of 2018.

Discover why they chose MTI, what they learned, and where they’re headed next.

MTI’s three-year apprentice program in the UK provides real-world experience to future engineers.  Apprentices learn about modern engineering practices and gain vital experience in machine shop, fitting, wiring, and test facilities as part of a highly skilled manufacturing process. The program also offers on-the-job-training for all stages of the build process, including the design phase, if an apprentice pursues the extended four-year-program.

Choosing MTI
Luke first heard about the program after searching the Internet for engineering apprenticeships.  He was required to complete an initial assessment with SEMTA, and after the assessment, he was called in to interview at MTI.  Luke secured the position and has now been with MTI for over five and a half years.

James, who has been with MTI since September of 2013, found the MTI apprenticeship after completing his A-levels in accounting and finance. A-levels are the equivalent of a high school diploma in the US.

“During my final year at college, I spent the summer break working at an engineering company.  This, mixed with my interest in mechanics and modifying cars made me feel that engineering would be the right career for me,” said James.

After completing college, James began looking for an apprenticeship in engineering.  This is when he found the MTI apprenticeship on the UK government’s website.  He applied, and after a series of interviews, landed the job.

Though James is an expert in friction welding today, when he first came to MTI, he had never heard of the solid state joining process.

To get up to speed, he started out in the sub contract-welding department.  This gave James an understanding of the process and the controls for the machines.

“My favorite part of the apprenticeship was the range of job roles I had,” said James.  “This gave me the opportunity to experience both practical and office based tasks, which together have given me a strong understanding of the MTI build process and different aspects of engineering from the design stage to the assembly.  I have gained both personal skills and real-world engineering experience”

Like James, Luke also gained personal skills and real-world engineering experience as a result of the MTI apprenticeship.

As part of his MTI apprenticeship, Luke traveled to Germany, Italy, and Poland to install machines.  And, while working in the mechanical design department, Luke produced 3D models and technical drawings of both individual parts and assemblies using Solidworks.

“When I first started in design, my only exposure to CAD was through my BTEC level 3 college course,” said Luke. “However, the difference between the work at college and the work at MTI was vast. Over the first few months I was working on basic models and drawings and just getting used to the software. Over time I noticed my understanding and knowledge of the role was improving and felt more confident when working on more complex assemblies and components.”

Luke and James assisted with several projects throughout the 4-year-apprenticeship, the largest of which was MTI’s latest double axle friction welder.  The 16m fully-automated friction welding machine welds a complete axle in just one cycle.

Luke was involved with the design process and was also given the opportunity to work on electrical wiring and installation.

After the double axle friction welding machine was built and tested, Luke and four other MTI engineers traveled to Germany where they spent over a week installing the machine.

Meanwhile, James considers the model 90 rotary friction welder his most memorable project.
That’s because James played a significant role in nearly all stages of the machine.

“The model 90 friction welder went through the design phase toward the end of my term working in the drawing office. Luckily, I was given the opportunity to do some of the design work for the machine, such as the machine base, and the modifications needed to turn the machine into a single ended welder using some of the components from the existing double ended M90 design,” said James.

Once the design phase for the model 90 was complete, James moved back into mechanical fitting and had the opportunity to complete a high volume of the assembly for this machine.  His involvement continued into the final stages of the machine build and commissioning and then into process engineering which involved working on the build book and being a part of the Pre Customer Runoff (PCR) team.

In February of 2018, Luke and James graduated from MTI’s four-year apprenticeship program. 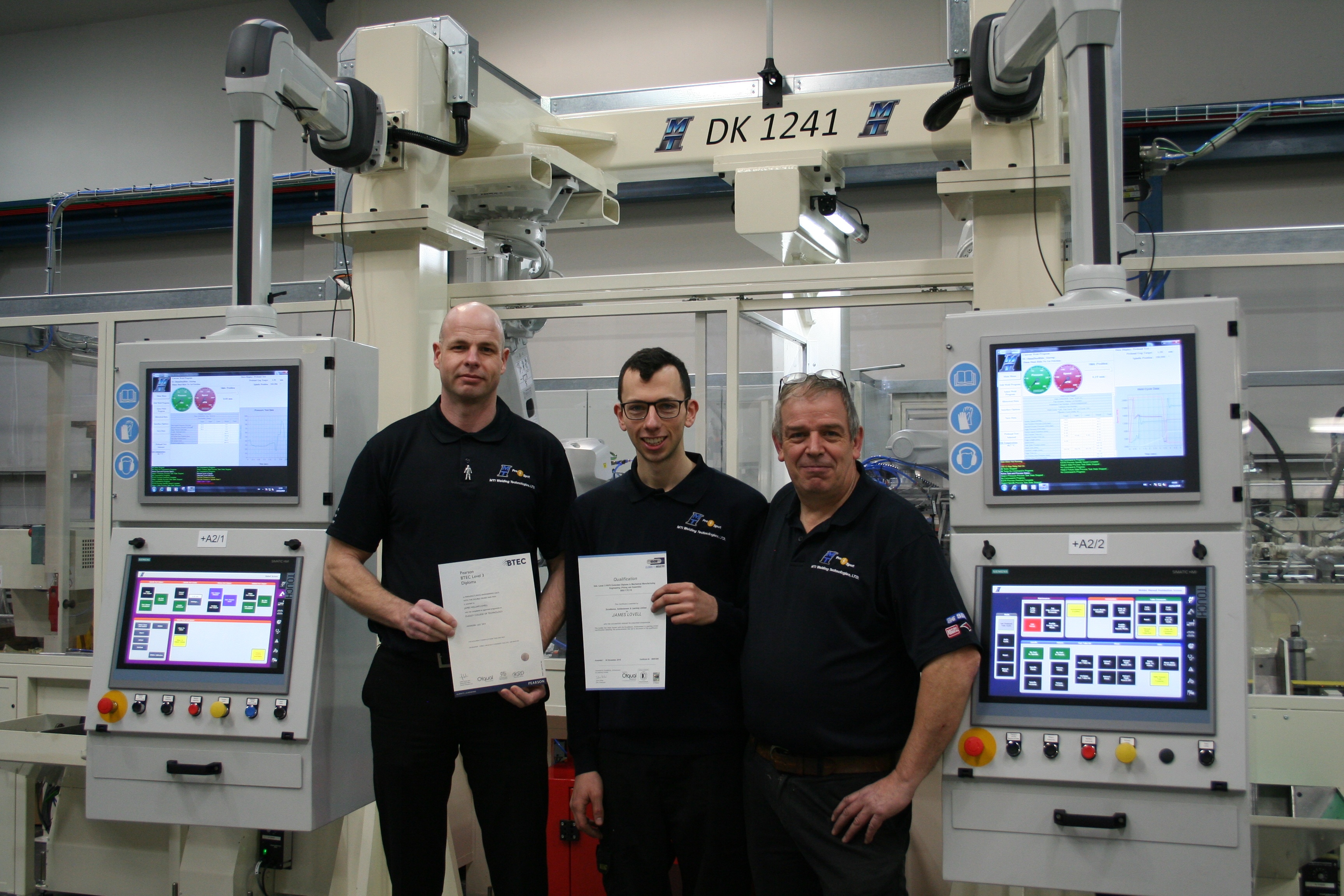 Now that James has completed his Higher National Certificate (HNC), he plans to continue his education to earn a full degree in engineering while simultaneously working at MTI as a junior service engineer. To further diversify his skill set, James also plans to learn more about the programming side of the machines, including PLC programming and robot programming. 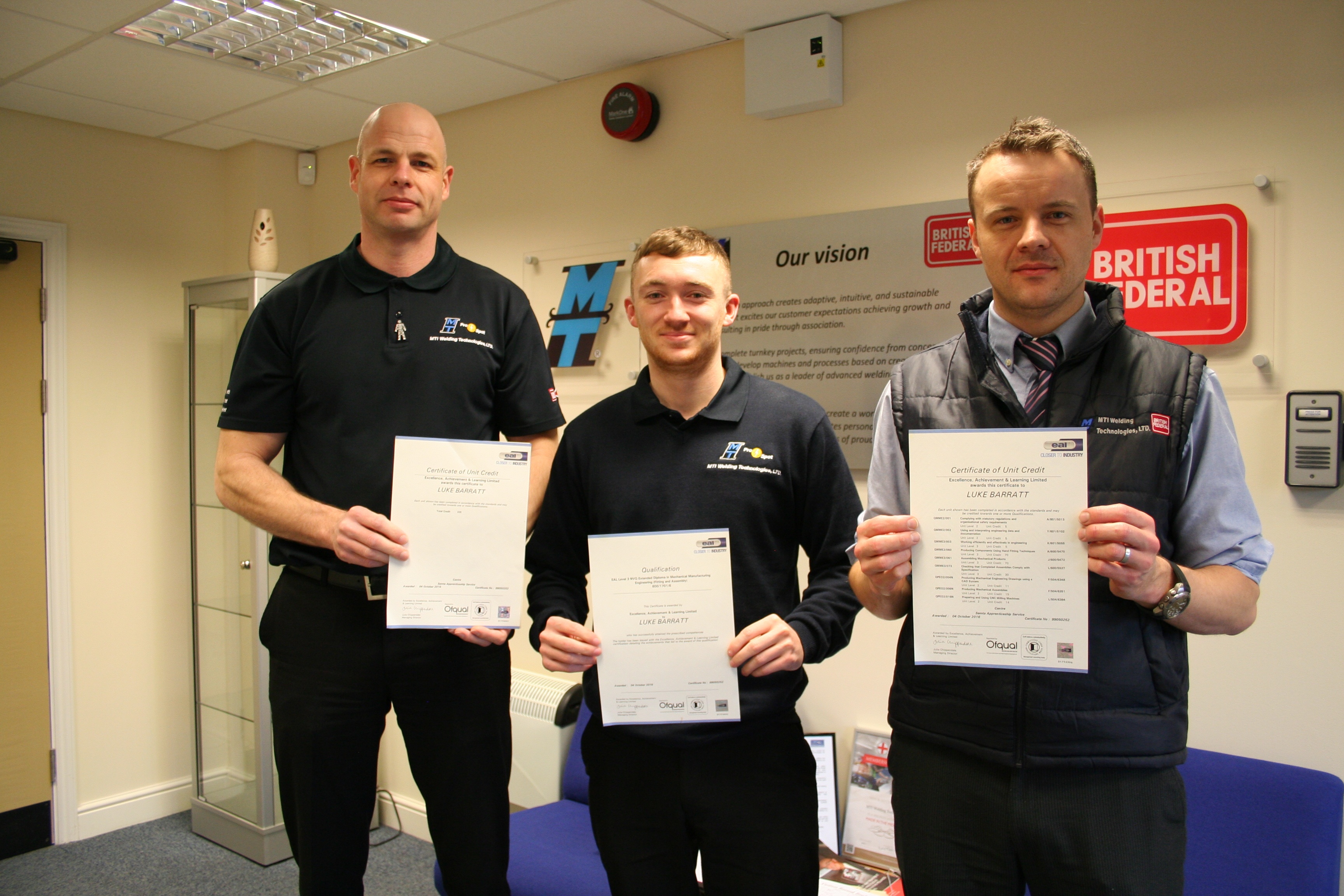 Luke’s next step, after completing two years of further education, is to attend a local university part-time and complete a mechanical engineering course to complement his new role as a junior design engineer at MTI.

MTI has mentored a total of eight apprentices at its UK headquarters.  Based on the program’s wide success, MTI’s global headquarters in the US now offers a similar program.

If you’re amazed at how friction welding machines work, apply to become a part of the MTI family.